skip to main | skip to sidebar


I noticed a couple of days ago that the site was getting lots of visits from Canada via The Star.com so decided to check it out!

I discovered that one of my recent mashes featuring Amy Winehouse and Ella Fitzgerald had appeared in John Sakamoto's Anti -Hit List at number 7. I had no idea what this was so I Wiki'd it and found out:


'The Anti-Hit List is a weekly music column by Canadian music critic John Sakamoto. The column presents a countdown list of Sakamoto's ten favourite non-hit songs of the week. This may include indie rock, mashups, forgotten classics, and other assorted bits of Internet musical culture. Each entry provides a link to a web page where the track can be streamed or downloaded. The column was originated on Sun Media's CANOE website. It subsequently moved to eye, and currently appears on the Toronto Star's website. In 2005, Sakamoto and the Star launched an Anti-Hit List podcast.'

'An unlikely mash-up of the former's "Back to Black" and the latter's "Puttin' on the Ritz," this is a case when only one song is transformed by the incongruous company it keeps. Winehouse's bleak worldview casts a long shadow over Fitzgerald, making Irving Berlin's ode to the wealthy (and those aspiring to look like they are) seem even more sarcastic and mocking than it does on its own.'

Labels: Amy Winehouse, Anti-Hit List, Back to Black, Back to the Ritz, bootleg, Ella Fitzgerald, mARKYbOY, mash up, Putting on the Ritz

The mixes available on this site were made purely for fun and not for profit. All copyright in these tracks belong to the original artists. If you download the mp3s, delete them from your hard drive within 48 hours. If you like the mixes, go and buy the original songs. If you are the owner of the copyright of any of the tracks used in the mixes and don't wish the tracks listed here, please contact me and they will be removed.

The finest mash ups, remixes and bootlegs all day 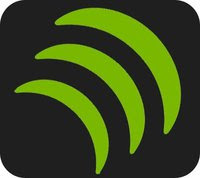 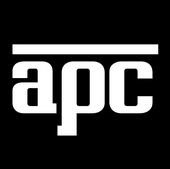